Here are just a few reasons why our investment opportunity shines above the rest.

50% split of profits after return

Managed by experts in the field

After years of development, Parametric Properties Inc. is ready to open up to outside investors who are looking to support and earn returns on a multi-million-dollar opportunity.

Using our proprietary algorithm, we will be acquiring under-valued renovation condominiums in the Greater Victoria Area and offering Class G shares with a 6% preferred return. All profits in excess of this 6% threshold will be split 50/50 with the management team and investors. This structure will ensure that if you don’t make great returns, we don’t either.

There have been three small scale pooled opportunities with friends and family investors that have been previously funded to test the validity of the new development and investment strategy. Each has produced substantial returns.

How our Investment Strategy Works

Parametric Properties Inc. opportunity is based around our proprietary algorithm. The algorithm gives us the ability to compare the individual traits of listings against the expected value. Our algorithm uses MLS attributes (bedrooms, location, square footage, etc.). These attributes allow us to identify specific properties that are undervalued. This process is a semi-automated and efficient acquisition system that helps us determine when to renovate, tenant, hold, and/or resell a property.
‍
The algorithm is based on a mathematical approach developed by our CEO Nic Green. The initial development of this algorithm was during his dual MBA at Cornell and Queens universities. It has since been improved repeatedly since then. Parametric Properties CIO Daniel Heeb assisted with the digital information aggregation system for the thesis. The combination of Nic and Daniel have improved and refined the algorithm over the years to build the essential foundation of Parametric Properties Inc. competitive edge.
‍
Unlike other real estate experts, Parametric Properties Inc. is able to utilize volumes of sales data and statistical analysis so that true value of a property can be extrapolated. Our process is very similar to the methods of determining the underlying value of an equity in the stock market during the 1970’s. This practice is still used today. With our cutting edge algorithm directed towards real estate, Parametric Properties Inc. has a first mover advantage and will capitalize on its proven methods.

Sign up for our FREE webinar to learn more!

Not much of a reader? Don't worry, we've got you covered. Click the button below to register for our free live informational webinar. In this webinar, Steve will guide you through a summary of our investment opportunity, as well as provide you with the opportunity to ask any questions you may have during a live Q & A session.

Register For Our Webinar Now

What Others Are Saying

Investing with Parametric Properties has been a very positive experience for me. I would recommend this team for their expertise and excellent service.
Joanne
Recent Investor

Nic and his team are extremely knowledgeable of the land development world. They were very professional and able to answers all my difficult questions.
Dallas
Client

I have worked with Parametric for nearly the last 5 years and have seen nothing but professionalism, knowledge, and the ability to bring value to the projects we have collaborated with.
Ron
Client

Parametric Properties Inc. is a conglomerate of experienced realtors, data analysts, business consultants, trained economists, and computer scientists that have spent years perfecting the ideal strategy for finding value and returns in the Vancouver Island Real Estate Market. As specialists in their respective fields, they have a combined knowledge and insight to view strategic real estate deals at both a quantitative and fundamental business level.

The executive team has been involved in the analysis, acquisition, and development of billions of dollars’ worth of developments. Our team has worked with some of the largest firms in Canada such as Cushman Wakefield, Bosa Properties, Shape Properties, and smaller local developers such as Viceroy Homes and Nvision Properties. Some of these projects have included the restructuring of failed large-scale developments for years. Parametric Properties Inc.’s executive team features multiple members who have previously worked directly in the development industry in both trades, project management, brokerage, and analysis. As a result, the executive team is uniquely positioned to understand both the potential gains and risks attached to the development portfolio. 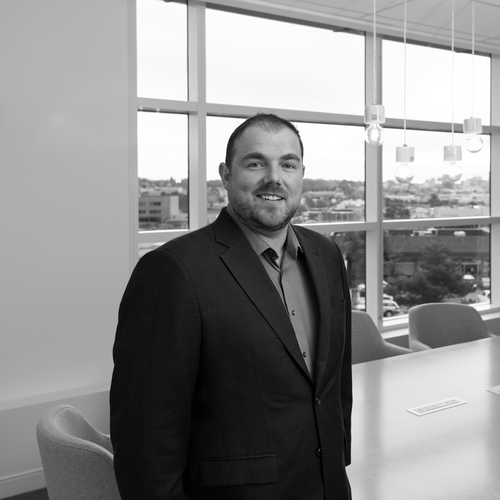 Born and raised in Vancouver, Daniel has been passionate about technology and science since childhood, assembling his first computer when he was 13 years old and always tying up the phone line before getting educated at UBC in computer science and genetics. As a data scientist, software developer, and Lean Six Sigma Consultant he has supported people and delivered improvements across every part of the business including sales and marketing, fielded and remote operations, and product management. His current team manages the TELUS Optik TV and HSIA products for over 2 million customers. Daniel intensely pursues passions and interests, including personal development, scuba/freediving, and consulting. He also developed the predictive model behind an award-winning Cornell MBA thesis. 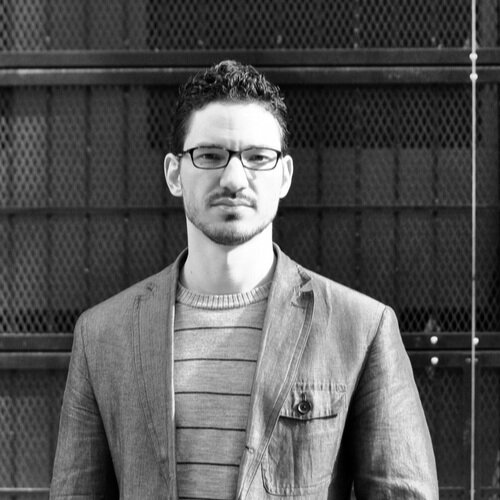 I was born and raised in Victoria, BC, and have spent my professional life servicing the island. I love working in finance because it allows me to make a real difference in people's day to day lives and their future. Too often, people are hesitant about discussing their finances. I pride myself on making this uncomfortable topic an exciting and pleasant experience. I've seen tragedies and loss in friends and family, and too often, they had placed their financial faith in the wrong institution. This serves me as constant motivation in protecting my client's well-being and lifestyle in difficult times. 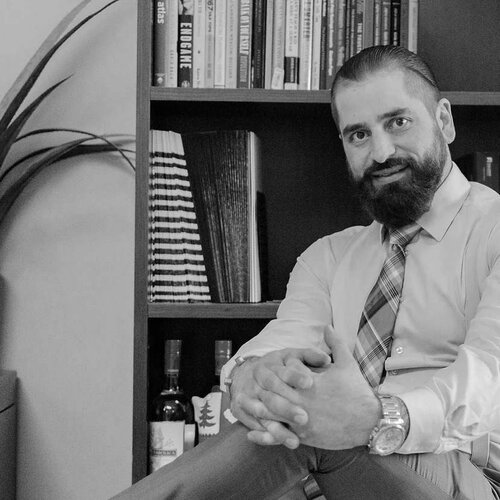 Steven’s career has mainly been in business development, specifically around strategic partnerships. For 12 years, he worked for an aviation company building their distribution channels from scratch. This allowed the company to turn into a global network with millions in revenue. Through his initial business pursuits, Steven was able to cultivate skills including the ability to connect with a variety of teams and run an efficient and ordered operation. In fact, his boss was a US Air Force Colonel, and working with him taught him the benefits of good leadership, the right team around you, systems, discipline, and a very strong worth ethic. In the Colonel’s words “the job is never done”. With The REINVESTORS, Steven is the analytical, detailed, and quantitative portion of the team. He is experience-driven, resilient, and risk-averse. Steve believes that anything is possible with the right team and execution plan. 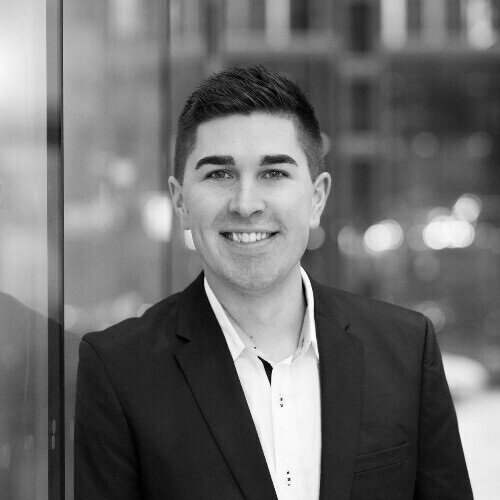 Coming from a trades heavy family, Randy always knew working with his hands was a gift. Randy quickly realized that he was talented at understanding electricity and at 16 started my Electrical Apprenticeship. By 22, he was a Red Seal Journeyman and running crews at multiple job sites. He always knew that buying a house early was the dream and at the young age of 24, he bought his first property. By renting out rooms in his new house, Randy learned the fundamentals of passive income. Following the unfortunate death of a friend and mentor, Randy changed his life course and began investing in education that would allow him to continue building a passive income. Through this, Randy developed a passion for entrepreneurship In The REINVESTORS, Randy is the visionary. His optimism and creativity perfectly complement his partner, Steven’s analytical approach to business. 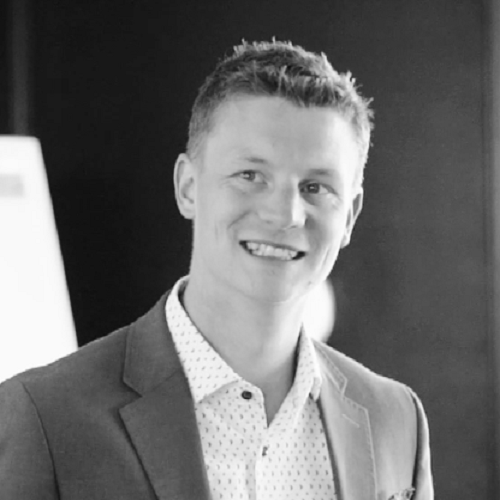 As an expert in research and analysis for Parametric Pro Consulting, he has worked closely on a number of projects in the past, including a variety of mergers and acquisitions in the heavy industrial and retail market over the past two years. Some of his highlights include the restructuring of executive management for one of Parametric Pro Consulting’s largest clients. William’s research, analysis, and involvement in many key projects have led to one of Parametric Pro Consulting’s clients save over $900,000 per annum and has helped raise the gross value of a client’s businesses by around $4,000,000. William is proficient at client relations and is the perfect leader to ensure communications between investors and Parametric Properties. He has over 11 years of experience in client and customer relations. William has worked in a variety of roles in the industry developing an impressive skill set in communications and management. His work ethic and skills have allowed him to develop into a well-rounded consultant and manager. 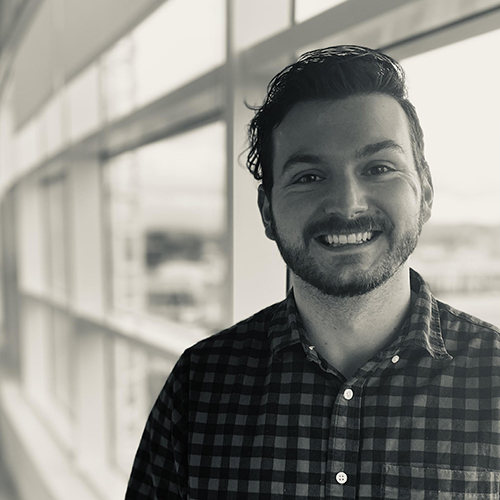 You have questions, we have answers. Here are some of our most frequently asked questions about the investment. Don't see your question listed? Press the button below to view all of our FAQ's, or reach out to us directly at:

See All FAQ's
What type of return on investment can I expect?

There is a 6% preferred return for all investors. After which, all profits beyond that in each fiscal year is effectively split between the management team and the investors.

Is this investment RRSP or TFSA eligible?

Yes, it is. Our compliance process is under the self-directed RRSP accounts within Olympia Trust. We intend to open two or three more options in the future.

What is the Parametric Properties algorithim?

The algorithm was designed in such a way that allows us to multiple regress a series of traits about properties and make sure that we can extract value where very few people otherwise can see it. The multiple regression algorithm allows us a unique advantage to be able to data-mine the market, as well as take advantage of underpriced or mispriced opportunities.

How do I get my money back?

Under the Offering Memorandum Self-Issuer Exemption and British Columbia Securities Law, Parametric Properties Inc. can not offer any guaranteed form of liquidity. The executive team’s intention is to provide a share buyback option after two years, once a year after the most recent NAV for a portion of outstanding shares.

We targeted Victoria for a variety of reasons. Many of the apartments have not been renovated in the existing stock. As a result, there is a huge opportunity for short-term renovation and flip opportunities that can be exploited by the Fund’s proprietary algorithm.

Please visit our Contact Us page for more information.

Still have a few lingering questions?

Book a 1-on-1 appointment with us.

Provide us with your name and e-mail and we will reach out to you.

Set up a Time

We will work with you to book a 1-on-1 meeting based on your availability and preferred contact method.

During your appointment, feel free to ask us any questions you have about the investment opportunity or investing in general. You will have our undivided attention!

Thank you! Your submission has been received!